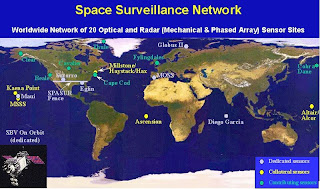 In this post we will begin a closer examination of U.S. Air Force mind control operations. Why Air Force? And why start with a focus on the Air Force Space Command? For several reasons:

No matter how one slices the pie, the hub of all "artificial telepathy" operations appears to be the Air Force Space Command (AFSC), headquartered at Peterson Air Force Base, just south of Colorado Springs, CO.

An Alarming Shift of Focus

During the Cold War, the Air Force used most of its surveillance gear to guard against nuclear missile attacks from Russia. Since the Gulf War of 1991, however, the mission of NORAD and the Air Force Space Command has shifted. See the Mission Statement for NORTHCOM (which is also headquartered at Peterson AFB) here:

As the Wikipedia article at the link above indicates,

"USNORTHCOM has become the object of concern among civil libertarians and others that it could be used to implement martial law in the United States during an actual or perceived emergency.[2] The Military Commissions Act of 2006 effectively nullifies most restrictions placed on the military to support civilian administration by the Posse Comitatus Act, while the John Warner Defense Authorization Act of 2007 H.R. 5122 (2006) effectively nullifies the limits of the The Insurrection Act [3].

"Beginning Oct. 1, 2008, the 3rd Infantry Division’s 1st Brigade Combat Team will be assigned to U.S. Northern Command, marking the first time an active unit has been given a dedicated assignment to Northern Command."

More importantly, it may be the first time in recent history that an active armored brigade of the United States military has been specifically tasked to suppress dissent among Unites States civilians.

"The force will be known for the first year as a CBRNE Consequence Management Response Force, and will serve as an on-call federal response force for terrorist attacks and other natural or manmade emergencies and disasters.[4]. On 1 Dec 2008 The Pentagon ordered 20,000 troops to patrol streets of USA by 2011[5]"

For more information, see this article on Operation Garden Plot, a plan for military control of the United States during times of civil disturbance. The master plan for martial law clearly puts control into the hands of commanders at NORTHCOM: http://en.wikipedia.org/wiki/Operation_Garden_Plot

The commanders at NORTHCOM, meanwhile, do not seem to be content with spy satellites that provide "Google Maps" in real time. Sure, the telescopes show people walking around like ants on city streets, but what good is that? What good is watching people if you have no idea how to tell the good ones from the bad ones?

They want to get inside the target's head.

To do all this, they are hooking their space satellites to the massive data-mining programs run by NSA (see the last post). They are paying scientists at UC-Irvine and dozens of other brain labs to show them how they can monitor and read the subtle "electronic signals intelligence" that goes on inside a person's brain (see the links at left). And they are putting together an electronic surveillance system so powerful that no human can escape its watchful, infrared eyes.

The result is a surveillance society that is rapidly growing to be every bit as nighmarish as the fictional version presented in The Matrix.

To fully grasp the size, scope, and amazing power of the AFSC's world-wide surveillance network, it helps to start with the big picture. Here's an overview.

1. Space forces support "involves launching satellites and other high-value payloads into space using a variety of expendable launch vehicles and operating those satellites once in the medium of space. " Translation: Like NASA, the Space Command builds rockets and oversees construction of the highly sophisticated spy satellites, telescopes and beam weapons put into orbit by the Department of Defense.

2. Space control "ensures friendly use of space through the conduct of counterspace operations encompassing surveillance, negation, and protection." Translation: They build space weapons and zappers that can take out enemy missiles. They target enemy launch sites. And they have a license to monitor any and all enemies, terrorists or "suspicious civilians" who may be lurking around their own facilities. In fact, a rather broad definition of "space control" might involve controlling, um, your back yard. Or even the space between your ears.

3. Force enhancement "provides weather, communications, intelligence, missile warning, and navigation. Force enhancement is support to the warfighter. " Translation: They supply weather reports, mapping and GPS service to their buddies on the ground. They supply phone and secure communication service through communication satellites. And sometimes they share some of the fun "intelligence" stuff their telescopes and sensors snorfed up from, um, your back yard.

4. Force application "involves maintaining and operating a rapid response, land-based ICBM force as the Air Force's only on-alert strategic deterrent." Translation: Despite the apparent end of the Cold War, they remain ready to launch nuclear missiles and obliterate entire cities (millions of people) at a moment's notice. One can only speculate what their target list includes these days.

Peterson Air Force Base is the central HQ for the Space Command.
A Google map may be seen below: 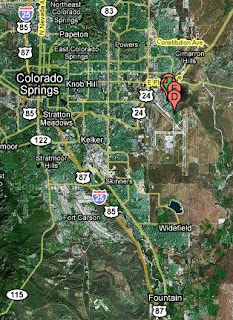 1. Buckley AFB, Colorado -- a base near Denver with an surveillance wing and a special focus on the research and development of biomedical sensors. Lockheed Martin, an Air Force contractor deeply involved in the development of artificial telepathy, lives nearby in Littleton.

This base is right next door to some key players in Artificial Telepathy, including 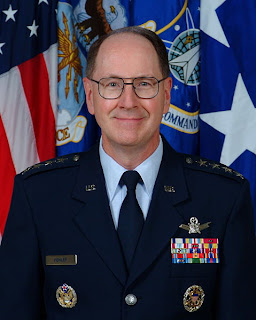 A full biography of Gen. Kehler may be found at this link: http://en.wikipedia.org/wiki/C._Robert_Kehler

My MP, who is chairman of the Commons' Defence Committee, is presently tryng to find out for me, from the Defence Secretary, who the "apporval authority" is for "mind-control" experiments in the UK.

My MP, who is chairman of the Commons' Defence Committee, is presently tryng to find out for me, from the Defence Secretary, who the "apporval authority" is for "mind-control techniques" etc in the UK.