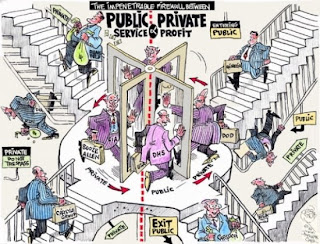 In the last two posts we have established the following:

1) Booz Allen Hamilton (BAH) is a major consultant for NSA, and is intimately involved in the development of "terrorist tracking" programs such as TANGRAM

2) BAH works closely on TANGRAM with two other key contractors, SRI International and SAIC, both of whom played a major role in the Defense Intelligence Agency's Project STARGATE

If one buys the assumption that the USAF Space Command uses microwave towers, antenna farms and space-based brain-zappers to affect the moods and behaviors of people on Earth, then it would seem that Booz Allen Hamilton acts as a major architect of the military mind control network.

Just how deeply Booz Allen has inserted itself into U.S. Air Force "black" programs may be seen from the following description of key Air Force contracts held by BAH. These selections have been taken from Booz Allen's own website, found at this link:
http://www.boozallen.com/consulting/defense-consulting/air-force-consulting

Perhaps one should begin by noting that Booz Allen Hamilton maintains an office at 121 S. Tejon Street, Colorado Springs, CO, and this office holds an $11 million contract with Peterson Air Force Base, headquarters of the U.S.A.F. Space Command. For the details: http://www.governmentcontractswon.com/department/defense/booz_allen_hamilton_inc_004679015.asp?yr=06

The BAH website gives the following overview of it other Air Force contracts:

Booz Allen Hamilton would certainly never list "brain zapping" as a major mission objective, but it gladly advertises the fact that it is now working on the following major space projects:

Constellation Program—Booz Allen provides a broad spectrum of support to NASA’s next manned flight missions to the Moon and on to Mars.

Conclusion: If there is one spooky consultant capable of helping the U.S. Air Force beam a "cell phone call" into the center of an unwilling target's brain, that would be Booz Allen Hamilton.