To summarize briefly: neurophysicists have discovered that they can model the vibratory patterns of psychotropic chemicals like LSD. When scientists project these carefully shaped sonic vibrations onto the human brain, they can induce altered states of mind, exactly as if they were injecting the person with a drug.

The article below on Psychotropic Space Weapons may be found in its original format here: http://www.trufax.org/general/psychotropic.html 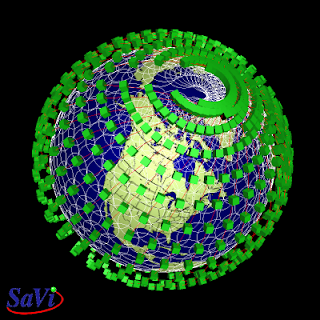 The first articles [give] an in-depth account written by a member of the Russian Federation of Space Exploration Scientific and Technical Council, Anatoliy Ptushenko. He discussed "for the first time in our press in Rabochaya Tribuna . . . psychotropic weapons . . . spaced-based energy systems . . . that are "capable of driving millions of people crazy . . . which started to be developed in the sixties."

The article continues with a discussion of space-based energy systems and the need for the world community to establish an a priori permanent, preventive monitoring of the development and deployment of space-based energy systems. He then describes the demonstrators on the streets of Moscow "with banners saying 'stop developing psychotronic weapons.' (Moscow Rabochaya Truibuna 11-26-94).

"[P]eople at the time were most interested in microwave systems. . . . However, the most important thing was deemed to be the psychotropic effect created by these systems under certain conditions. That was why they were officially called psychotropic rather than psychotronic weapons. It turned out that it was all a matter of frequency . . . .

"Generally speaking, most readers are probably familiar with superhigh frequency radiation: Few people with a head cold or a sprain have not sat in a clinic between the two black plates of a 'UHF generator.' There are frequencies that are beneficial to people. But naturally there are also those which are hazardous. At certain frequencies (I think that only professionals are interested in knowing precisely which ones) microwave radiation creates that very same psychotropic effect. That is, it has a direct physical effect on the human brain."

"So a microwave system can easily be tuned into a psychotropic weapon -- formidable in that it has a direct effect on the human brain . . . just by retuning the generator."

Ptushenko stated, "The terrible danger of psychotropic weapons is the possibility of their simultaneously and unequivocally affecting large masses of people over huge areas." He writes "Moskovskiye Novosti, The Komsomolka, Golos, Moskovskiy, Komsomolets, and many other papers have been frantic to tell us all about 'psychotronic' weapons (as if they had conspired!) . . . [T]hey are talking about something completely different: about hypnosis, 'verbal zombification,' the effect of ultrasound signals on the human subconscious (on the lines of Ilona Davydova). The subject of the articles is always associated with an acoustic address system involving suggestions, for instance, i.e. verbal (oral) pressure on a person -- albeit using inaudible ultrasonic frequencies."

Ptushenko then mentions Dr. Smirnov, the Russian psychiatrist who is famous for his mind control equipment [see 20+ section]. "Smirnov has it that 'psychotronics" are easily blocked . . . . But these childish tricks will not work with psychotropic weapons. It resembles the effect of a psychotropic drug, which is why the weapons were called psychotropic: An imbalance occurs, a fundamental change in a person's psyche, he loses self-control and becomes easily led, and his mind moves from the real world to a world of hallucination."

Ptushenko then distinguishes psychotropic drugs from psychotropic weapons."But there are fundamental differences between them. All pharmaceutical psychotropics are temporary-acting. While microwave radiation is variable: It can affect a person (or an Army) temporarily or possibly forever. It is all determined by the mix of frequency and the power of the radiation. These systems were called "psychotropic weapons" in official secret documents 30 years ago. It was these systems that we began to appreciate in the sixties."

Ptusenko ends the article with a warning. "They may quite well have actually been tested. It was not for nothing that at that time some graduates of the Moscow State University Biology Faculty were sent to Ministry of Radioeelctronics Research Institutes . . . . So let us leave the notorious science of psychotronics to the conscience of psychiatrists, psychics, and hypnotists. Nevertheless, faced with such a terrible danger as psychotropic weapons (and other kinds of space-based weapons), it is our duty to ensure that the development and operation of space based solar energy system receive popular and above all mass media scrutiny."


The above article describes the tremendous amount of information on psychotronics in Russian newspapers and agrees with the concerns of Lopatin and Tsygankov and the need to control these weapons. Ptushenko questions the psychotronic weapons school of thought and whether hypnosis will work on unwilling subjects. Hypnosis does work on unwilling subjects [see Dr. Scheflin's book Mind Manipulators (1978) and Dr. Colin Ross, Bluebird (2000). Both books document government involvement in hypnosis research and disinformation surrounding this issue.

Ptushenko [also] questions the information available on psychotropic weapons [and] claims concerning "hypnosis, 'verbal zombification,' the effect of ultrasound signals on the human subconscious . . . ." Ptushenko states emphatically that psychotropic weapons,"do not enable the individual human mind to be controlled in a precise and purposeful way. They simply 'jam' any internal connections responsible for a person's self-control, and he becomes easily controllable 'according to mob law' in line with commands form a space-based station. He can be controlled either from earth or from a command center lost in space."

These are considerable statements coming from a prominent space expert. Ptushenko has obviously given the matter serious consideration and believes that there are terrible dangers from psychotropic weapons and public debate is necessary. Further research is needed. 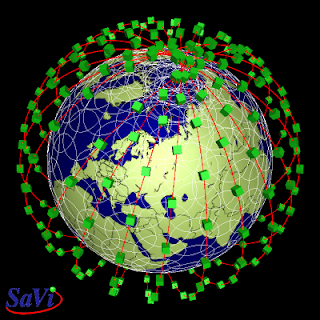 In the U.S., the Learning Channel TV program "War 2020" (produced by Beyond Productions in 1998) is a good representation of information warfare. The program included Dr. Persinger of Canada's Laurentian University and his discussion on magnetic signals and how signals could be beamed from television, microwave and telephone towers and systems to targeted populations for mind control purposes.

The program narrator stated, "The ultimate weapon in the info war would be the human brain.
. . . . Mind control will be the ultimate nonlethal weapon."

Mind control weapons are categorized as information and nonlethal weapons, according to these sources. This article describes space weapons, including targeting of populations anywhere in the world with behavior control.

The article supplies details to prove that behavior control weapons are feasible, that the U.S. is concentrating research in this area and warns about possible American information and space warfare.

Along with ordinary wars, states have waged "information wars" since time immemorial, and are doing so now. But while previously they were given only an auxiliary role, lately their significance has grown immeasurably, and new technologies are "guilty" of this.

Armeyskiy Sbornik regularly publishes articles on this topic. Today leading specialists of the RF Armed Forces tell about achievements in this area.

"The Teledesic Advanced low-altitude global satellite communications system is of special interest. It will have 15 times more satellites than [the] Iridium -- 840. With other conditions being equal, the low orbit of small, lightweight craft (no more than 700 km) permits increasing the power of their radio emission on the Earth's surface 2,500 times or more and performing a wide range of military missions.

"It is unprecedented: the numerical size of the Iridium orbital grouping enables as a minimum simultaneously irradiating any point on Earth from two spacecraft. This provides double redundancy and increased reliability of communications, as for military systems. The band of radio-frequency emissions (20-30 GHz) also has not been used previously in commercial communications."

"An analysis of the enumerated features indicates that the Teledesic system can be used for irradiating ground, sea and airborne facilities with high-power modulated emissions, which in various automated control systems permits initiating computer viruses such as "sleepers," triggered by a special signal. This can become a real threat to security for countries whose command and control systems are oriented on foreign equipment.

"A psychophysical effect on people also is possible for the purpose of altering their behavior and even controlling the social aims of regional or even global societies. Fantasy? But the fact is that today the United States is spending as much money on developing psychophysical weapons as on the most complex space programs, and such a correlation cannot be accidental.

"The Americans began such research back in the prewar period and continued it after the war within the scope of programs known as MC-Ultra mind control, MC-Delta (remote alteration of human behavior) and also Bluebeard and Artichoke.

"Such an effect also is possible via the mass media by creating special audio signals in music hits, key video images in television programs and so on.

"The Teledesic space system also can be used for this same purpose. Suffice it to recall numerous statements to courts by U.S. citizens that cellular communications is the cause of various ailments, including brain cancer. U.S. scientists from the National Cancer Institute and the Food and Drug Administration recommended limiting use of such communications systems. Similar effects also are possible from the new systems. True, for this the output of its satellites has to be increased a thousand times more that what was announced, but technically it is fully feasible."

"Thus, the new space systems are potentially dangerous from the aspect of unfolding a wide-scale 'information war' and even creating a global systems for controlling people's behavior in any region, city or locality, including one's own. A country possessing them will gain an enormous advantage." [END]

For more on Teledesic, see their home page: http://www.teledesic.net/
Posted by M at 9:08 PM

Hi nice Blog.Hypnosis is a social interaction in which one person responds to suggestions given by another person for imaginative experiences involving changes in perception, memory, and the voluntary control of action self hypnosis scripts.