Who Runs the Program, Part I 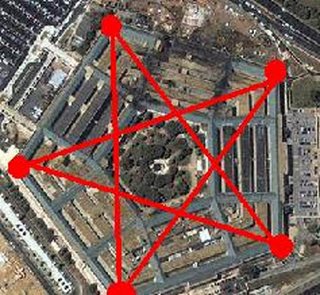 So far we have we have presented abundant evidence that Artificial Telepathy exists, and that the U.S. government has pursued research and development of psychotronic weapons since the 1950s. The question arises whether this research has resulted in production of an actual weapons program, and, if so, who runs the program?

In the last post few posts, we have seen evidence that the United States has certainly continued to research and develop mind control technology, and we have examined reasons why the resulting weapons systems are most probably hidden under cover of the Joint Non-Lethal Weapons Program (JNLWP).

The Joint Non-Lethal Weapons Program needs to be examined in much closer detail. But first we need to step back and take a look at the big picture. Only by understanding who runs the U.S. Department of Defense and who has ultimate control over all DoD weapons programs can we begin to understand who controls psychotronic weapons.

In this post we will examine the overall command structure of the Defense Department, from the top down. As we gain a better understanding of how the DoD and the U.S. Intelligence Community entertwine with local law enforcement agencies, we will begin to understand just how daunting a task lies before anyone who wishes to challenge the legality of a single U.S. military weapons program.

Artificial Telepathy weapons are most likely entertwined with many different weapons systems developed by the Joint Non-Lethal Weapons Program, and sorting out the "good" technology from the "bad" technology may prove very difficult indeed.

Certainly the following officers are responsible for preventing the "bad" or illegal and illegitimate use of any weapons system:

The President of the United States

As the Commander-in-Chief (CINC) of all U.S. military forces and head of the nation's Executive Branch, the President of the United States manages and oversees all military and intelligence programs. If one wants to find someone to blame for anything that the U.S. military or the U.S. intelligence community have done, he makes an easy target. In the end, he bears responsibility for the decisions made on his watch and for all the National Security Defense Directives signed on his desk. The buck stops there. And he knows it.

The Office of the President will therefore most likely be very hostile to any public exposure of an "intelligence gathering method" that allows the President to peek inside the minds of his enemies and political opponents. Artificial Telepathy is a secret weapon that the President would like to keep secret -- especially if he signed any documents authorizing development or use of the weapon.

The Legislative Branch of government also plays an important role in military and intelligence oversight. The Senate Select Committee on Intelligence (SSCI) and the House Permanent Select Committee on Intelligence (HPSCI) authorize appropriations for each program, and they carry out oversight investigations and inquiries as required. If the president or any of his subalterns have failed to inform these Congressional committees of the existence of a secret weapons program, or the domestic use of such weapons in a secret intelligence operation, then they have broken the law.

In theory, any complaint about the use of Artificial Telepathy weapons on U.S. citizens could be brought before the SSCI or the HPSCI. Whether a complaint would get that far is another question.

We are most interested in the command structure that governs covert use of secret weapons, and so we will focus here on the Secretary of Defense, the Chairman of the Joint Chiefs of Staff, and the Director of National Intelligence.

The Secretary of Defense

Among the three presidential advisors just mentioned, The Secretary of Defense carries the most clout.

The Chairman of the Joint Chiefs of Staff (JCS) may speak for the Army, Navy, Air Force and Marines, but he and the other generals and admirals on the JCS are all subordinate to the Secretary of Defense.

For an overview of the OSD, see: http://www.defenselink.mil/osd/

The worker bees at the Pentagon, especially the Undersecretary of Defense for Science and Technology, are probably the people with the most hands-on knowledge of secret weapons programs. They are the ones who will "take a bullet" and resign if any major scandal erupts before the Congressional oversight commitees.

They therefore have a strong personal interest in seeing that secret weapons programs remain entirely secret.

The Director of National Intelligence

The Office of the Director of National Intelligence (ODNI) oversees 15 different intelligence agencies, known collectively as the U.S. Intelligence Community.

For a 40-page PDF Overview of the United States Intelligence Community (IC), see this link:

The home page of the ODNI can be found here: http://www.dni.gov/index.htm

An especially helpful organization chart showing the command structure of the ODNI can be found here: http://www.dni.gov/aboutODNI/organization.htm

The goal is the fusion and integration of all intelligence agencies under one management structure. Whether that goal will be met remains to be seen.

The Chairman of the Joint Chiefs of Staff

Although their role now is strictly advisory, the Joint Chiefs still constitute "the second highest deliberative body for military policy, after the National Security Council."

If there is such a thing as a top secret plan to build Artificial Telepathy weapons, and if the program is anywhere near as large as the Manhattan Project, the four-star generals on the JCS certainly know about it.

If such a weapons system exists and they don't know about it, there is going to be hell to pay.
Posted by M at 4:10 PM